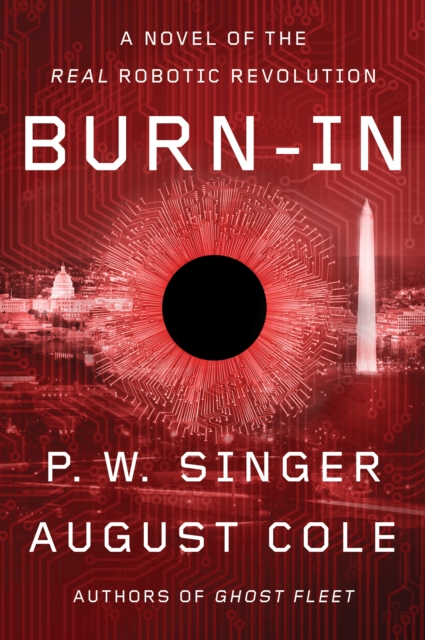 Burn-In: A Novel of the Real Robotic Revolution Paperback / softback

"A white-knuckle adventure... This near-future was crafted by experts, and it shows." - Daniel H.

Wilson, New York Times best-selling author of Robopocalypse "Fantastic, compelling, and authoritative." - General David Petraeus (US Army, Ret.) An FBI agent hunts a new kind of terrorist through a Washington, DC, of the future in this ground-breaking book - at once a gripping technothriller and a fact-based tour of tomorrow. America is on the brink of a revolution, one both technological and political.

As a series of shocking catastrophes unfolds, the two find themselves investigating a conspiracy whose mastermind is using cutting-edge tech to rip the nation apart.

With every tech, trend, and scene drawn from real-world research, Burn-In blends a techno-thriller's excitement with nonfiction's insight to illuminate the darkest corners of the world soon to come. AUTHORS: P. W. Singer is an expert on twenty-first-century warfare.

His award-winning nonfiction books include the New York Times bestseller Wired for War. August Cole is a writer and analyst specialising in national security issues and a former defense industry reporter for the Wall Street Journal.