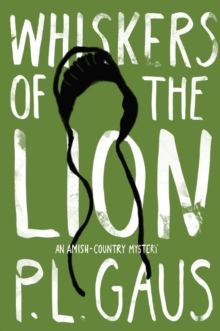 Whiskers Of The Lion : An Amish-Country Mystery Paperback / softback

P. L. Gaus s widely praised Amish-Country Mysteries continue to probe the tension between the self-reliance of the Amish world and the urgencies of the English world (Kirkus Reviews, starred review).In Whiskers of the Lion, Sheriff Bruce Robertson is charged with finding a young Amish woman on the run from a murderous drug ring so she can testify in federal court.

Wrestling with a recurring childhood nightmare of a deadly lion, the Holmes County sheriff finds himself torn between allegiance to the legal system he upholds and the beliefs of the people he is sworn to protect."