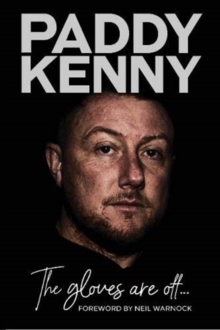 The Gloves Are Off : My story, by Paddy Kenny Hardback

He is the larger-than-life figure who bounced back from rejection at 16 and graduated from parks pitches to become a Premier League goalkeeper, and later represent his country.

Paddy Kenny's career was certainly not straightforward... just like his life. In his autobiography, Kenny lifts the lid on his time on and off the football field - including dressing-room rucks, being beaten for the Premier League's most famous goal and having his eyebrow bitten off in a curry house, just days before he faced Cristiano Ronaldo, Wayne Rooney and Manchester United.

This is Kenny's story... and the gloves are well and truly off.