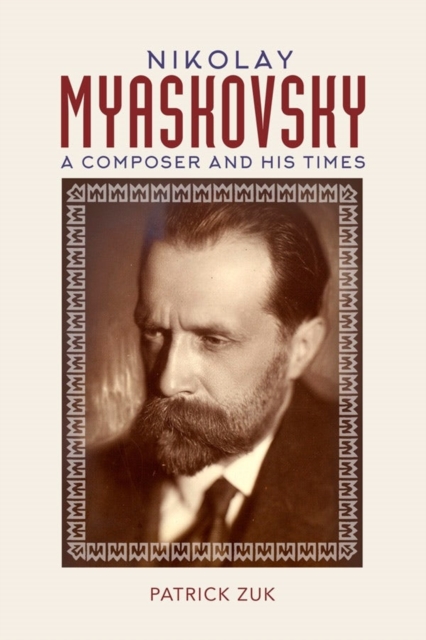 Nikolay Myaskovsky : A Composer and His Times Hardback

Drawing on a wealth of unexplored documentation, this biography reappraises the life and work of Nikolay Myaskovsky (1881-1950) - a central figure in twentieth-century Russian musical culture. The story of Myaskovsky's unlikely rise to prominence is an absorbing one.

Destined by family tradition for a military career, he was 25 before he could leave the army and devote himself to music.

He had just begun to emerge as a young composer of promise when he was called up for active service on Russia's western front in August 1914.

On returning to civilian life in 1921, he played a major role in revitalising professional musical activity after the depredations of the Civil War years.

His career vividly illustrates the challenges facing artists as they sought to work out a modus vivendi with Soviet power. Zuk's account depicts the composer and his milieu against the backdrop of his turbulent times, examining his involvement with Soviet musical institutions and his relationships with Prokofiev, Shostakovich, and other notable musicians.

The portrait is far removed from Cold War cliches of the regimented Soviet artist or sentimental stereotypes of persecuted genius.

Myaskovsky emerges as a man who displayed remarkable courage and integrity in the face of many pressures.

The book also brings into focus the distinctive nature of Myaskovsky's creative achievement and affirms his stature as a leading symphonist of the era.