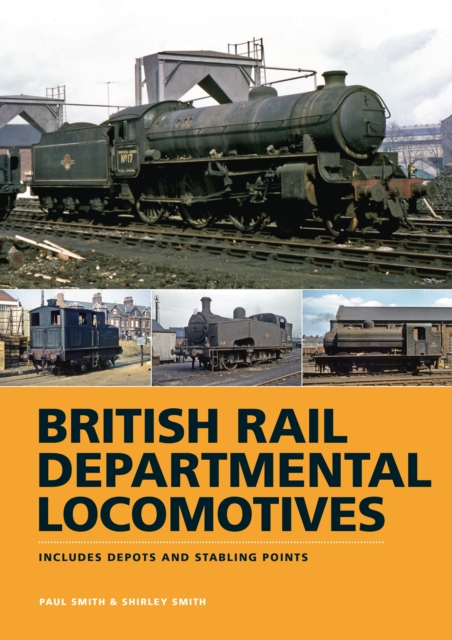 This significant new book provides a single reference work to all the departmental locomotives - steam, diesel, electric and battery - both standard and narrow gauge operated by BR from 1948 to the end of steam in 1968. Although the railways employed the vast bulk of their locomotive stock on commercial passenger and freight traffic, many also employed a number for departmental duties.

These may have been narrow gauge, for example, for use in the major workshops such as Crewe and Horwich or withdrawn ex-main-line locomotives that eked out their final day or months in a secondary duty at a locomotive shed.

At Nationalisation in 1948 BR inherited a number of these departmental locomotives from the 'Big Four' companies and, over the next 20 years, a number of further steam and other locomotives were transferred to departmental duties, including a significant number used as stationary boilers.

The book is illustrated throughout with Ordnance Survey maps and photographs of the locomotives and locations.