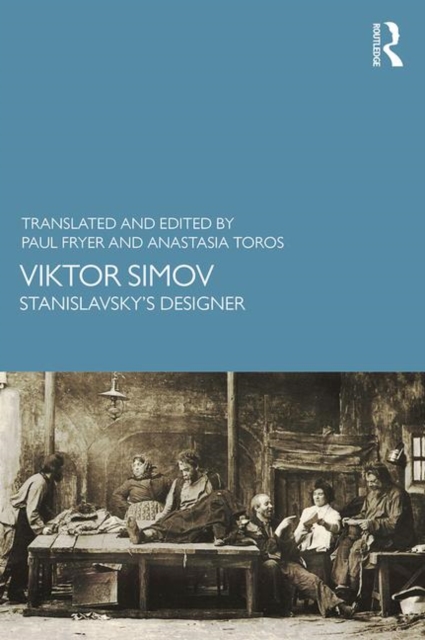 Viktor Simov is the first English-language biography of Konstantin Stanislavsky's principal scenic designer at the Moscow Art Theatre from the company's formation in 1898.

His ground-breaking work included the designs for the premieres of Anton Chekhov's major stage plays, and his approach to theatre design still influences contemporary scenography. Translated from the original Russian text written by author, editor, and literary critic Yuri Ivanovich Nekhoroshev, the book provides a revealing insight into the staging and technical practices of one of the world's most influential theatre companies.

Supported by 60 illustrations representing the full range of Simov's designs, this volume provides a historical account of Simov's career and a vivid description and critical assessment of his work.

The book traces the artist's development from his early years as a painter to his later experiments in early silent film design, including his work for the classic Russian science fiction film Aelita, Queen of Mars (1924). Written for theatre scholars and students of Scenic Design and Drama courses, Viktor Simov: Stanislavsky's designer re-establishes Simov as one of the most influential theatre designers of the 20th century.