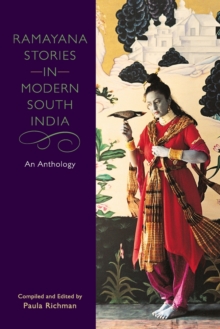 While some religious texts may remain static over time, the Ramayana epic has been retold in a variety of ways over the centuries and across South Asia.

Some of the narrative's most probing and innovative retellings have appeared in print in the last 100 years in the region of South India.

This collection brings together, for the first time, modern retellings translated from the four major South Indian languages and from genres as diverse as drama, short stories, poetry, and folk song.

The selections focus on characters generally seen as stigmatized or marginalized, and on themes largely overlooked in previous scholarship.

Editor Paula Richman demonstrates that twentieth-century authors have used retellings of the Ramayana to question caste and gender inequality in provocative ways.

This engaging anthology includes translations of 22 primary texts along with interpretive essays that provide background and frameworks for understanding the stories.