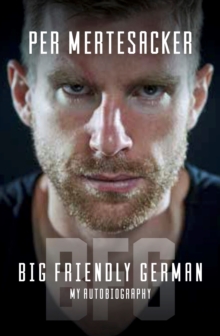 Per Mertesacker appeared in over 150 Premier League games for Arsenal and over 100 games for Germany and was part of the 2014 World Cup-winning squad in Brazil.

In his autobiography, he reveals the story of that summer in Brazil, explaining the tactical tricks of Jogi Low as well as the motivational arts of Arsene Wenger.

He asks himself to what extent talent plays a role in football, having been a youth who was told he had too little of it until he was promoted by Ralf Rangnick at Hanover 96.

Now the academy manager at Arsenal, Mertesacker details what it really takes to become a success in the game he started playing when he was just 4.