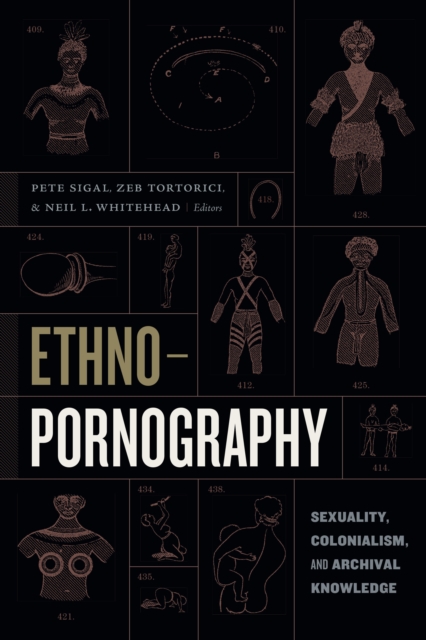 This volume's contributors explore the links among sexuality, ethnography, race, and colonial rule through an examination of ethnopornography-the eroticized observation of the Other for supposedly scientific or academic purposes.

With topics that span the sixteenth century to the present in Latin America, the United States, Australia, the Middle East, and West Africa, the contributors show how ethnopornography is fundamental to the creation of race and colonialism as well as archival and ethnographic knowledge.

Among other topics, they analyze eighteenth-century European travelogues, photography and the sexualization of African and African American women, representations of sodomy throughout the Ottoman empire, racialized representations in a Brazilian gay pornographic magazine, colonial desire in the 2007 pornographic film Gaytanamo, the relationship between sexual desire and ethnographic fieldwork in Africa and Australia, and Franciscan friars' voyeuristic accounts of indigenous people's "sinful" activities.

In so doing, they theorize ethnography as a form of pornography that is both motivated by the desire to render knowable the Other and invested with institutional power. Contributors. Joseph A. Boone, Pernille Ipsen, Sidra Lawrence, Beatrix McBride, Mireille Miller-Young, Bryan Pitts, Helen Pringle, Pete Sigal, Zeb Tortorici, Neil L.