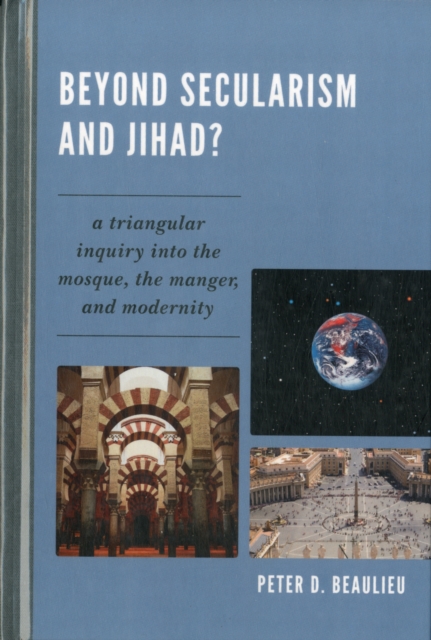 Beyond Secularism and Jihad? : A Triangular Inquiry into the Mosque, the Manger, and Modernity Hardback

Peter D. Beaulieu examines the challenge posed by-and to-modernity and historic Islam as they encounter one another.

He compares the Western separation of Church and state with the unitary Islamic State, and explores the proposed cultural and societal principles of the Second Vatican Council as potentially influencing long-term events in both arenas.

Beaulieu's research is comprehensive and richly documented, yet offers an accessible triangular inquiry into the mosque, the manger, and modernity.

By restoring a place at the table for Trinitarian Christianity alongside the engulfing monotheism of Islam and the alternative skepticism of Western rationalism, this inquiry broadens the pallet of inter-religious and intercultural contact points.

Beyond Secularism and Jihad? provides balanced attention to the differences as well as the similarities between Christianity, Islam, and modernity.

An emerging theme is natural law, which is universal and intrinsic to all mankind and not confined to competing theologies.

Neglected in the West that it helped create, natural law might contribute to the needed "grammar" for dialogue between the citizens in the West and the followers of Islam.