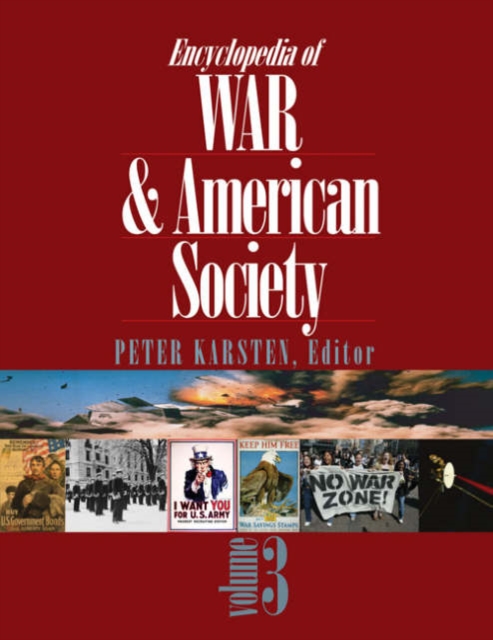 SAGE Reference is proud to announce the Encyclopedia of War and American Society, Three-Volume Set. The impact of war on American society has been extensive throughout its nation's history.

The Three-Volume Set cover a wide range of general thematic categories, issues and topics that address not only the geopolitical effects of war, but also show how the United States engagement in national and international conflicts has affected the social and cultural arena. Key features include:- a discussion of the three types of effects of war - direct effects, interactive relationships and indirect effects - to illustrate the range of connections between war and American society;- an exploration of the correlations between wartime expeditions and the experiences of the greater American society, not limited to just the war years but also demonstrating how wartime event impacted society after the conflicts ended; - a host of documents including passages from letters, diaries, autobiographies, official documents, novels, poems, songs and cartoons, as well as images, graphs and a number of tables of relevant data, surveys and public opinion polls to extend the research capabilities of this reference work;- a focus on the last 100 years to give more coverage to this, often neglected, wartime era. Key Themes:Arts and Culture Civil-Military Relations Economy and Labor Education (both military and civilian) Environment and Health Journalism and Media Law and Justice Planning, Command and Control Race, Gender, and Ethnicity Religion Science and Technology Veterans' Issues and Experiences The Wars themselves and their civilian and military leadersThe Encyclopedia of War and American Society is a `must-have' reference for all academic libraries as well as a welcome addition to any social science reference collection.