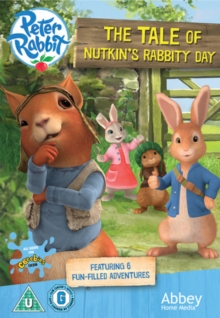 Six animated episodes featuring the adventures of the popular children's character and his various animal friends.

In this instalment, Peter (voice of Connor Fitzgerald) is lured into a trap after finding a mysterious key and Nutkin (Nigel Pilkington) the squirrel attempts to become a rabbit.

The episodes are: 'The Tale of Nutkin On the Run', 'The Tale of the Flying Fox', 'The Tale of Jeremy Fisher's Musical Adventure', 'Cotton-tail's Treetop Tumble', 'Perilous Party' and 'Nutkin's Rabbity Day'.