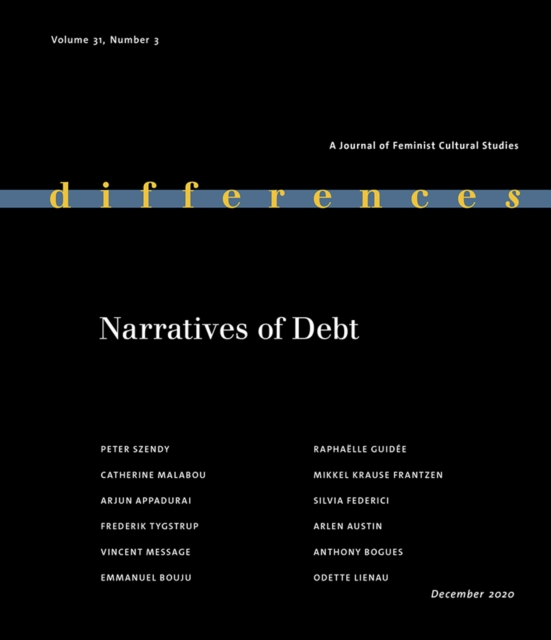 As the problem of debt grows more and more urgent in light of the central role it plays in neoliberal capitalism, scholars have analyzed debt using numerous approaches: historical analysis, legal arguments, psychoanalytic readings, claims for reparations in postcolonial debates, and more.

Contributors to this special issue of differences argue that these diverse approaches presuppose a fundamental connection between indebtedness and narrative.

They see debt as a promise that refers to the future-deferred repayment that purports to make good on a past deficit-which implies a narrative in a way that other forms of exchange may not.