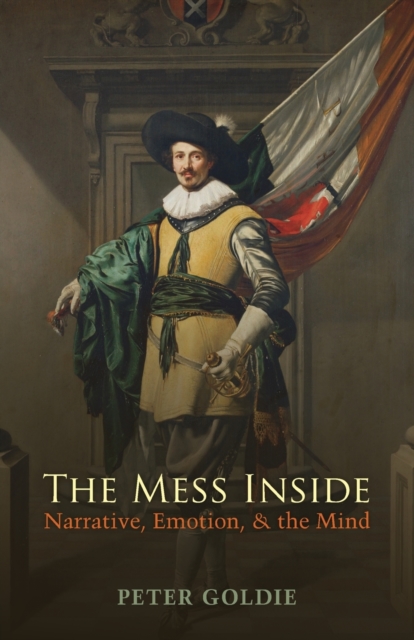 The Mess Inside : Narrative, Emotion, and the Mind Paperback / softback

by Peter (University of Manchester) Goldie

Peter Goldie explores the ways in which we think about our lives-our past, present, and future-in narrative terms.

The notion of narrative is highly topical, and highly contentious, in a wide range of fields including philosophy, psychology and psychoanalysis, historical studies, and literature.

The Mess Inside engages with all of these areas of discourse, and steers a path between the sceptics who are dismissive of the idea of narrative as having anyworthwhile use at all, and those who argue that our very selfhood is somehow constituted by a narrative. After introducing the notion of narrative, Goldie discusses the way we engage with the past in narrative terms.

This involves an exploration of the essentially perspectival nature of narrative thinking, which gains support from much recent empirical work on memory.

Drawing on literary examples and on work in psychoanalysis, Goldie considers grief as a case study of this kind of narrative thinking, extending to a discussion of the crucial notion of 'closure'.

Turning to narrative thinking aboutour future, Goldie discusses the many structural parallels between our imaginings of the future and our memories of the past, and the role of our emotions in response to what we imagine in thinking about our future in the light of our past.

This is followed by a second case study-an exploration ofself-forgiveness.

In this ground-breaking book, Goldie supports scepticism about the idea that there is such a thing as a narrative self, but argues that having a narrative sense of self, quite distinct from any metaphysical notion of selfhood, is at the heart of what it is to think of ourselves, and others, as having a narratable past, present, and future.