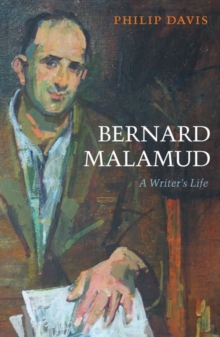 by Philip (University of Liverpool) Davis

Philip Davis tells the story of Bernard Malamud (1914-1986), the self-made son of poor Jewish immigrants who went on to become one of the foremost novelists and short-story writers of the post-war period.

The time is ripe for a revival of interest in a man who at the peak of his success stood alongside Saul Bellow and Philip Roth in the ranks of Jewish American writers.

Nothing came easily to Malamud: his family was poor, his mother probably committed suicide when Malamud was 14, and his younger brother inherited her schizophrenia.

Malamud did everything the second time round - re-using his life in his writing, even as he revised draft after draft.

Davis's meticulous biography shows all that it meant for this man to be a writer in terms of both the uses of and the costs to his own life.

It also restores Bernard Malamud's literary reputation as one of the greatoriginal voices of his generation, a writer of superb subtlety and clarity.

It is very much a writer's life. It is also the story of a struggling emotional man, using an extraordinary but long-worked-for gift, in order to give meaning to ordinary human life.