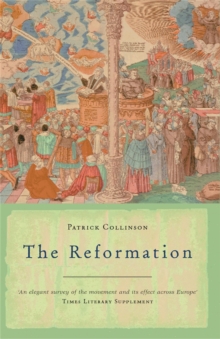 A short but powerful study of one of the great watersheds of European historyAlthough for generations the Reformation was regarded as a major turning point in European history, in recent years its significance has been downgraded.

But in this book Professor Collinson sets out to restore a sense of the Reformation as a momentous historical event.

He brilliantly explores the complexities and corruption of the late-medieval Catholic Church - and the Europe-wide reform movement which produced Lutherans, Calvinists, Huguenots, Presbyterians and the Church of England, and which profoundly shaped the identity of the emerging nation-states of Europe.