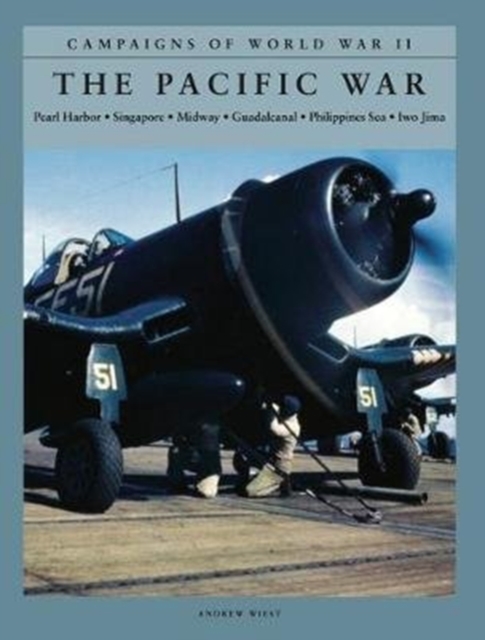 Part of the Campaigns of World War II series

The war in the Pacific between 1941 and 1945 raged across the vast expanse of the Pacific Ocean and the whole of Southeast Asia, Burma and India.

Millions of men, thousands of aircraft and hundreds of ships were involved in the war between Japan and the Allies.

The Pacific War is a military history of this conflict, from the Japanese attack on Pearl Harbor in December 1941 to the dropping of the atomic bombs on Nagasaki and Hiroshima in 1945. The Pacific War examines in depth the whirlwind Japanese victories of 1941-42, when her armies and navies conquered Hong Kong, Burma, Malaya, the Philippines and the Dutch East Indies.

The book analyses how the Allies, specifically the US, organised a counterattack, and how gradually the Japanese were forced onto the defensive. The authoritative text is complemented by full-colour maps that explain the movement of forces.

In addition, there are artworks of the uniforms, armoured fighting vehicles, aircraft and ships that took part in the campaign, with specifications tables accompanying the vehicle, ship and aircraft artworks. The Pacific War is an expert, accessible and colourful history that will appeal to military enthusiasts.