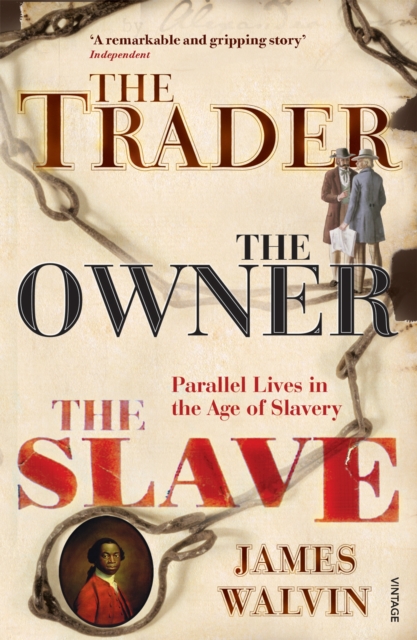 The Trader, The Owner, The Slave : Parallel Lives in the Age of Slavery Paperback / softback

There has been nothing like Atlantic slavery. Its scope and the ways in which it has shaped the modern world are so far-reaching as to make it ungraspable.

By examining the lives of three individuals caught up in the enterprise of human enslavement.

James Walvin offers a new and an original interpretation of the barbaric world of slavery and of the historic end to the slave trade in April 1807. John Newton (1725-1807), author of 'Amazing Grace', was a slave captain who marshalled his human cargoes with a brutality that he looked back on with shame and contrition.

Thomas Thistlewood's (1721-86) unique diary provides some of the most revealing images of a slave owner's life in the most valuable of all British slave colonies.

Olaudah Equiano's (1745-97) experience as a slave now speaks out for lives of millions who went unrecorded.

All three men were contemporaries but what held them together, in its destructive gravitational pull, was the Atlantic slave system.