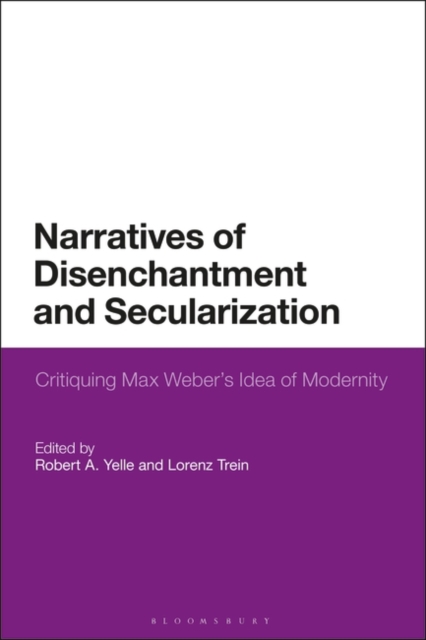 What does it really mean to be modern?The contributors to this collection offer critical attempts both to re-read Max Weber's historical idea of disenchantment and to develop further his understanding of what the contested relationship between modernity and religion represents.

The approach is distinctive because it focuses on disenchantment as key to understanding those aspects of modern society and culture that Weber diagnosed.

This is in opposition to approaches that focus on secularization, narrowly construed as the rise of secularism or the divide between religion and politics, and that then conflate this with modernization as a whole. Other novel contributions are discussions of temporality - meaning the sense of time or of historical change that posits a separation between an ostensibly secular modernity and its religious past - and of the manner in which such a sense of time is constructed and disseminated through narratives that themselves may resemble religious myths.

It reflects the idea that disenchantment is a narrative with either Enlightenment, Romantic, or Christian roots, thereby developing a conversation between critical studies in the field of secularism (such as those of Talal Asad and Gil Anidjar) and conceptual history approaches to secularization and modernity (such as those of Karl Loewith and Reinhart Koselleck), and in the process creates something that is more than merely the sum of its parts.