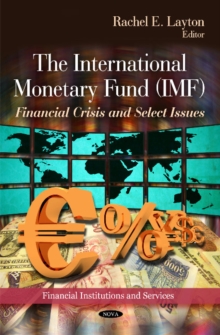 The current global financial crisis, which began with the downturn of the U.S. sub-prime housing market in 2007, is testing the ability of the International Monetary Fund (IMF) in its role as the central international institution for oversight of the global monetary system.

Though the IMF is unlikely to lend to the developed countries most affected by the crisis and must compete with other international financial institutions as a source of ideas and global macroeconomic policy co-ordination, the spill-over effects of the crisis on emerging and less-developed economies gives the IMF an opportunity to reassert its role in the international economy.

This book discusses the potential roles that the IMF may have in helping to resolve the current global financial crisis.