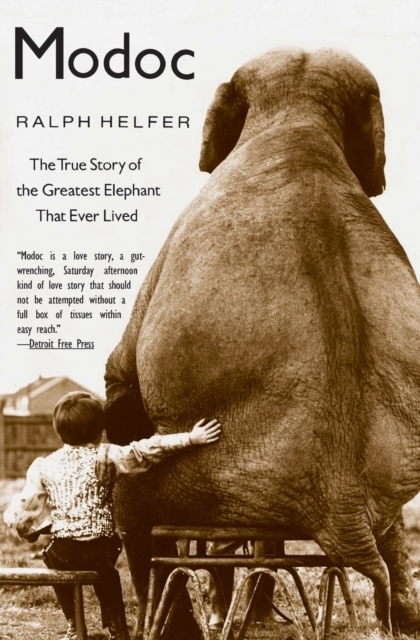 Modoc : The True Story of the Greatest Elephant That Ever Lived Paperback / softback

Spanning several decades and three continents, Modoc is one of the most amazing true animal stories ever told.

Raised together in a small German circus town, a boy and an elephant formed a bond that would last their entire lives, and would be tested time and again; through a near-fatal shipwreck in the Indian Ocean, an apprenticeship with the legendary Mahout elephant trainers in the Indian teak forests, and their eventual rise to circus stardom in 1940s New York City. Modoc is a captivating true story of loyalty, friendship, and high adventure, to be treasured by animal lovers everywhere.