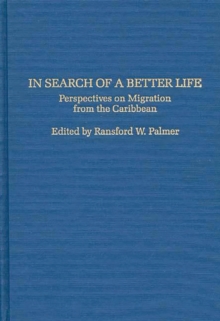 In Search of a Better Life : Perspectives on Migration from the Caribbean Hardback

This volume examines the phenomenon of mass population migration from the Caribbean to North America and the United Kingdom and the social, cultural, and economic adaptation of the immigrants to their new environments.

A central theme of this volume is that twentieth century Caribbean migration is more than the migration of labor in search of jobs; it is also a movement of households and thus affects not only the well-being of family members but also their social relationships.

The contributors provide new analytical perspectives on the factors that motivate this movement, and the social, cultural,and economic impact of the movement on the household itself. The volume is divided into three parts. Part I examines the historical movement to the United States and the United Kingdom.

The chapters in this section explore the relationship between the character of Caribbean development and the factors motivating the migration of households, the nineteenth century beginnings of twentieth century mass Caribbean migration, and the social and economic experiences of the post-World War II Caribbean immigrants in Britain.

Part II looks at the problems of settlement and adaptation in the major urban centers where Caribbean immigrants have tended to concentrate, giving special attention to the status of Caribbean women in the United States and the role of social networks in helping immigrants to adapt to their new surroundings.

The final section looks at the problem of illegal migration from the Caribbean to the United States, drawing on data from the annual reports of the Immigration and Naturalization Service.

Students, researchers, and policy-makers will find In Search of a Better Life an important contribution to the understanding of the total migration process. 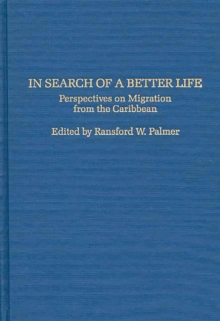 In Search of a Better Life:... 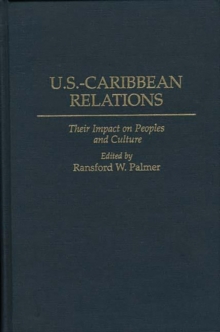