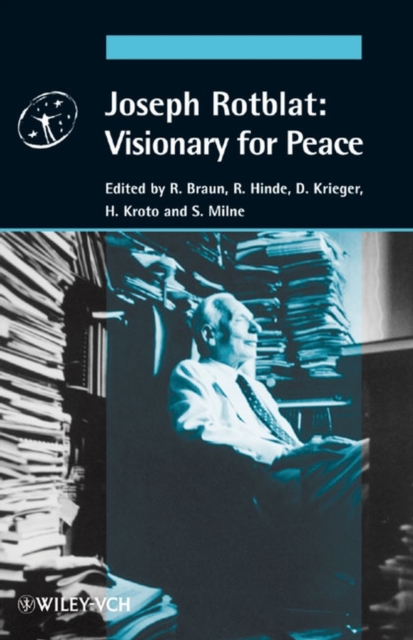 Sir Joseph Rotblat (1908-2005), British physicist and one of the most prominent critics of the nuclear arms race, received the Nobel Peace Prize in 1995 in conjunction with the Pugwash Conferences on Science and World Affairs, an organization of scientists which he headed at the time, for their efforts towards nuclear disarmament. 'Joseph Rotblat - Visionary for Peace' is dedicated to the life of this unique scientist and humanist.

It contains contributions by Nobel Laureates, eminent scholars and prominent politicians who, each from their own perspective, shed light on the life and work of this distinguished scientist.

An introduction by the editors is followed by five central articles on Rotblat's biography, the impact of his work on science and peace and the Pugwash organization.

The third part of the book consists of over 20 commentaries, written by the likes of Martin Rees, Mikhail Gorbachev, Jack Steinberger, Mohamed ElBaradei, Paul J.Crutzen, and Mairead Corrigan Maguire.