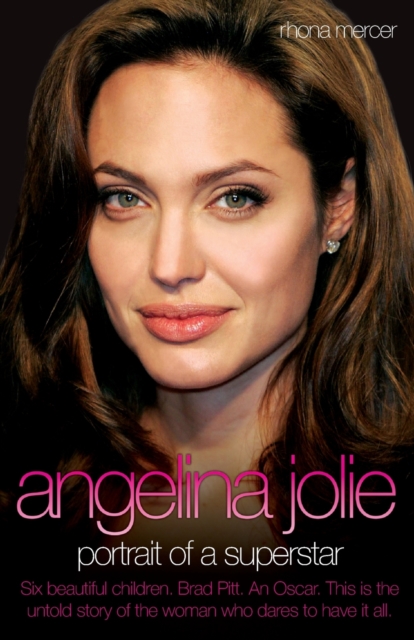 As one of the most glamorous and successful actresses in Hollywood and one half of super-couple 'Brangelina', Angelina Jolie seems to have it all.

But life hasn't always been so easy for the world's most seductive star...She endured a painful, complicated childhood that left her relationship with her famous father, respected actor Jon Voight, in tatters.

Even as she followed in his acting footsteps, it was always her passionate relationships with both men and women, her private fantasies, her numerous tattoos and her thoughts of suicide that garnered the most attention with the popular press, and gave her a reputation as Hollywood's bad girl. But now, raising her three adopted and three biological children with Brad Pitt, and fully dedicated to her work with refugees as goodwill ambassador for the United Nations, Angelina has turned that reputation around.

The Academy Award and three-time Golden Globe winning actress has finally found a way to balance the extreme highs and lows of fame with the stable family home she has always been searching for.

This story of the trials, scandals, adventures and romances of Angelina Jolie is an insightful, inspiring must-read for every fan.