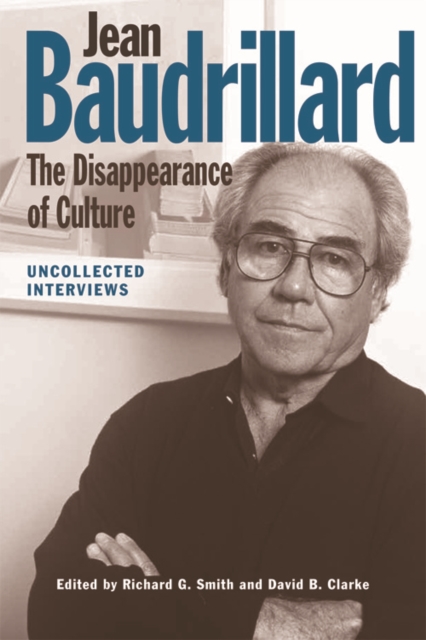 Jean Baudrillard (1929-2007) was one of the world's most influential, celebrated and controversial thinkers. Originally published between 1968 and 2009, this collection of 25 pieces includes six interviews translated into English for the first time and a new transcription of a Q&A session with Baudrillard following a lecture he gave in London in 1994, The guiding theme of the collection is Baudrillard's engagement with culture.

The implications of the implosion of Western culture are dissected and documented in the rich range of material included here.