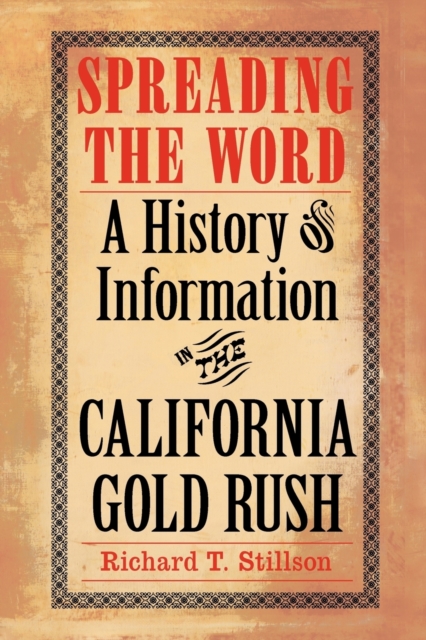 Spreading the Word : A History of Information in the California Gold Rush Paperback / softback

Spreading the Word examines the ways in which easterners who traveled West during the California gold rush of 1849-51 obtained, assessed, and used information.

At the beginning of the gold rush the scarcity of information about westward travel posed serious problems for potential gold seekers in the East.

Though most knew the trip was dangerous and that proper preparation could mean the difference between life and death, few had any practical knowledge of the vast deserts and mountains of the West or, for that matter, of how to mine gold.

Information was produced quickly as newspapers, publishers, and businessmen hastened to cash in on gold fever, but much of it was unreliable, contradictory, and changed frequently.

Richard T. Stillson follows several gold rush companies across the country, gleaning from their letters and diaries a sense of how they obtained information and evaluated its constantly changing sources, how they attempted to learn where gold was, and what they wrote home, thus providing information to the next wave of gold seekers.

As the companies gained experience, they reassessed knowledge and developed new modes of determining the credibility of new information.

By providing a historical context for assessing information and by viewing communication strategies as a core element of the gold rush itself, Stillson reveals a connection between media, myth, and reality in the formative years of the nation's most volatile region.