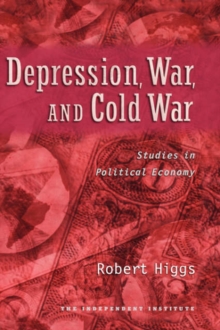 Other books exist that warn of the dangers of empire and war.

However, few, if any, of these books do so from a scholarly, informed economic standpoint.

The book as a whole covers American economic history from the Great Depression through the Cold War.

Part I centers on the Depression and World War II. It addresses the impact of government policies on the private sector, the effects of wartime procurementpolicies on the economy, and the economic consequences of the transition to a peacetime economy after the victorious end of the war.

Part II focuses on the Cold War, particularly on the links between Congress and defense procurement, the level of profits made by defense contractors, and the role of public opinion andnt ideological rhetoric in the maintenance of defense expenditures over time.

This book will reach a similar audience of students, researchers, and educated lay people in political economy and economic history in particular, and in the social sciences in general.