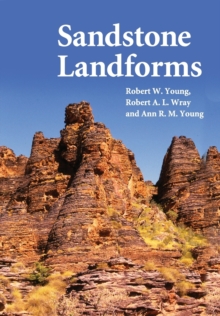 Sandstones form the backdrop to some of the world's most spectacular scenery, and are found all over the planet and in all climates.

Following on from the authors' successful 1992 book, this is the only volume that considers sandstone landforms from a truly global perspective.

It describes the wide variety of landforms that are found in sandstone, and discusses the role of lithological variation, chemical weathering and erosional processes in creating these features, with examples drawn from around the world.

Climatic and tectonic constraints on the development of sandstone landscapes are also considered.

This volume provides a comprehensive assessment of the literature from publications in a range of languages, and is illustrated with over 130 photographs of sandstone features from every continent.

It presents a holistic account of sandstone terrain for researchers and graduate students in a variety of fields including geography, geomorphology, sedimentology and geomechanics.