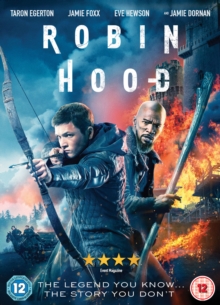 Disillusioned with life under the tyrannical rule of the Sheriff of Nottingham (Mendelsohn) and the corrupt British crown after returning from the Crusades, courageous bandit Robin of Loxley (Egerton) teams up with Little John (Foxx) and a band of outlaws known as the Merry Men in a bid to fight back.

Planning to target the treasury in order to steal from the rich and give back to the poor, Robin and his men set out on a daring mission to infiltrate the Sheriff's forces and take him down from the inside.