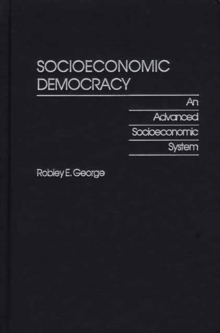 George offers a direct and powerful challenge to the fatal shortcomings of virtually all currently dominant economic paradigms, including those of capitalism, socialism, communism, and so-called mixed economies.

The alternative socioeconomic democracy, and advanced theoretical model in which there is some form of universal guaranteed income as well as a limit to maximum allowable personal wealth, combined with a realistic degree of human flexibility based on public choice theory. Arguing that such a procedure would allow a society to democratically control the extreme limits of material wealth and poverty, the author forecasts that such a system will create strong economic incentives while reducing the present undesirable and expensive social problems associated with the maldistribution of wealth.

This innovative book will be of interest to scholars and others interested in exploring ways to strengthen democracy while improving economic systems around the world. 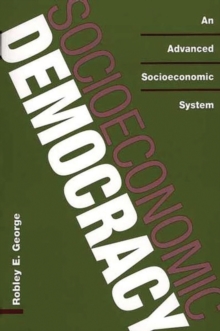