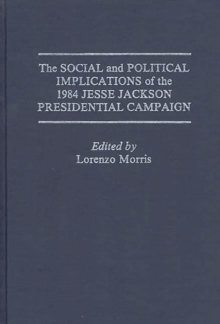 Part of the Praeger Series in Political Economy, this volume assembles prominent political scientists, sociologists, economists, historians, anthropologists, theologians, and journalists to examine the intricacies of the ground-breaking 1984 campaign for president by Jesse Jackson.

As no other studies have done, this book explores the social and cultural context of the evolving political process in which the campaign took shape.

The contributors study the campaign in a broad social and cultural context that helps to explain the campaign's strengths and weaknesses.

The book's interdisciplinary approach reveals the economic, sociological, and political ramifications of the first serious run for the presidency by an African-American.

Students and scholars of political science, sociology, anthropology, and communications, as well as professionals in the fields of journalism, public relations, and campaign consulting, will find this book enlightening reading. The volume explores a broad range of issues in terms of how they relate to Jackson's historical run for president, including: racial equity questions; educational and economic opportunity for minorities; family stability in minority communities; community development; and Third World politics.

The contributors come to a number of conclusions about the future of politics for minority candidates.

Some suggest that future campaigns by Jackson, or any minority candidate, will run into more difficulty inside the political parties than did Jackson's.

Others suggest that the 1984 campaign represents a radicalization of the black and progressive American voter.

The future, according to this provocative book, holds difficulty for both the Democratic and Republican parties as their candidates, whatever race or religion, bridge the ideological gaps dividing the voters. 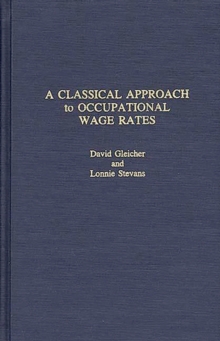 A Classical Approach to Occupational... 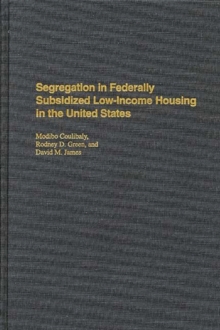