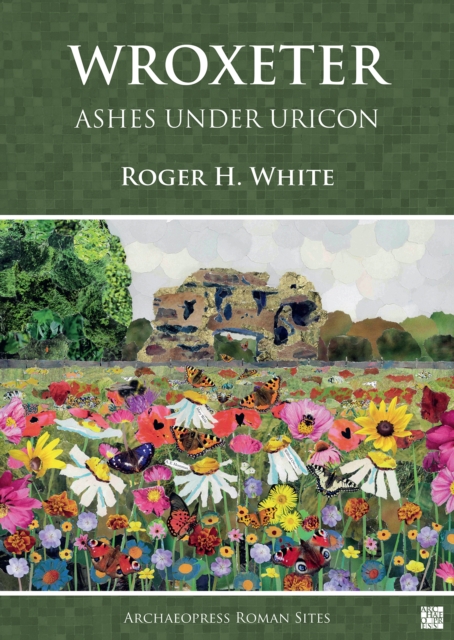 Wroxeter: Ashes under Uricon : A Cultural and Social History of the Roman City Paperback / softback

Wroxeter: Ashes under Uricon offers a perspective on how people over time have viewed the abandoned Roman city of Wroxeter in Shropshire.

It responds to three main artistic outputs relating to the site: poetry, images and texts.

The poets include Wilfred Owen, A.E. Housman and Mary Webb. The writers cover a range of interests relating to the site but include Darwin, Dickens, Rosemary Sutcliff and John Buchan.

The artists are perhaps less well-known but include watercolours by Thomas Girtin, archaeological reconstructions by Alan Sorrell and Amedee Forrestier, and paintings by Wroxeter's own resident artist, Thomas Prytherch.

Photographs are represented by the work of Francis Bedford and others more closely associated with aerial archaeology such as J.K.

St Joseph and Arnold Baker. While the famous names have their value, The book also investigates what locals and visitors thought of the site over time - how they perceived it and have responded to it.

It reflects in particular upon how the public and locals responded to the archaeological discoveries on the site and perceived the narratives that were created by the archaeologists working on it.

It contends that archaeologists are just as much story-tellers as the writers, poets or artists, although their work is more filtered or controlled, and through these narratives, they inspire others. A further strand to the book is to explore the increasing focus over the past century on the democratisation of access to and understanding of the site, alongside increasing state intervention in its running.

This too has had its impact on who visits and what is understood about the site.

A short concluding section offers a vision of how the site might develop in the near-future, and how its cultural side might flourish once again.