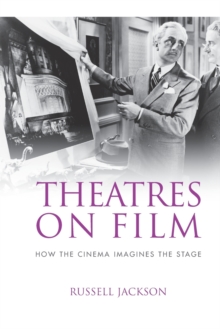 Theatres on Film : How the Cinema Imagines the Stage Paperback / softback

Theatres on film is an innovative contribution to the study of both theatre and film history, with its detailed discussion of popular and influential films that have taken the theatre as their subject, informed by a strong sense of the cultural and historical background. This book focuses on the significance and effect of theatrical subject matter in key films in several genres, and ranges from Busby Berkeley to Ingmar Bergman, and from the haunted backstage world of The Phantom of the Opera to the sinister glamour of The Red Shoes and the theatrical politics of Mephisto and The Lives of Others.

Theatres on film will appeal to film- and theatregoers, as well as to readers with an academic or professional interest in its subject. -- .