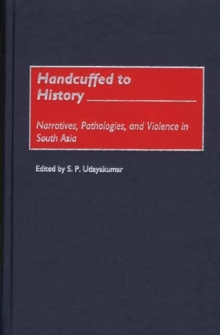 Ethnic and religious rivalries are major sources of conflict in South Asia and interpretations of the past are integral parts of the conflict.

Udayakumar and his contributors provide a careful and comprehensive analysis of the interface between history writing, identity constructions, and intergroup relations.

Providing a range of theoretical deliberations, they examine specific South Asian conflicts such as the Kashmir issue, Hindu-Muslim conflict, Sinhalese-Tamil strife, and the human rights struggles of oppressed castes. With a view to understanding the ethnic and religious rivalries that have come to be a major source of conflict in South Asia, Udayakumar and his contributors analyze the interface between interpretations of the past, identity construction practices, and intergroup relations. With general theoretical perspectives, contributors help to explain the various ethnic conflicts in South Asia and other parts of the world.

The role of history, narratives, and violent pathologies in those conflicts are also explained.

Some of the most prominent South Asian conflicts such as the Kashmir decision, Ramjanmabhumi temple, and historicity of caste system in India and the first comer controversy in Sri Lanka are analyzed in detail.

One of the major conclusions reached is that there is an element of bigotry in certain historiographies and these bigoted histories and ethnic/religious histrionics build on and contribute to each other and thrive in certain environments.

Elevating this debate to a more political level, the essays highlight the role of human agency in the decision to remain handcuffed to bigoted histories or to be more aware and struggle for new beginnings.

They also examine the prospects and possible means of negating the unity of history and metanarratives (with their characteristic pathologies and violence) and proliferating many histories told from diverse perspectives.

This book is a stimulating collection for scholars, students, and researchers dealing with South Asian history as well as current ethnic, political, and military tensions in the region. 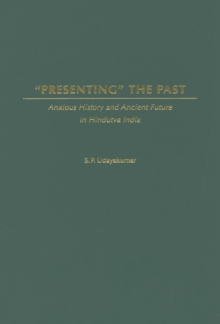 Presenting the Past: Anxious History... 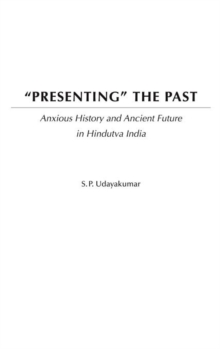