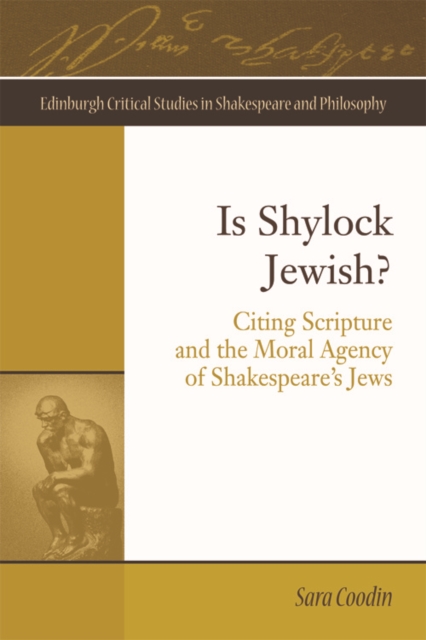 Is Shylock Jewish? : Citing Scripture and the Moral Agency of Shakespeare's Jews Hardback

What happens when we consider Shakespeare's The Merchant of Venice as a play with real Jewish characters who are not mere ciphers for anti-Semitic Elizabethan stereotypes?

Is Shylock Jewish studies Shakespeare's extensive use of stories from the Hebrew Bible in The Merchant of Venice, and argues that Shylock and his daughter Jessica draw on recognizably Jewish ways of engaging with those narratives throughout the play.

By examining the legacy of Jewish exegesis and cultural lore surrounding these biblical episodes, this book traces the complexity and richness of Merchant's Jewish aspect, spanning encounters with Jews and the Hebrew Bible in the early modern world as well as modern adaptations of Shakespeare's play on the Yiddish stage.