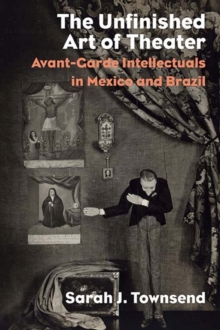 The Unfinished Art of Theater : Avant-Garde Intellectuals in Mexico and Brazil Hardback

A certain idea of the avant-garde posits the possibility of a total rupture with the past.

The Unfinished Art of Theater pulls back on this futuristic impulse by showing how theater became a key site for artists on the semiperiphery of capitalism to reconfigure the role of the aesthetic between 1917 and 1934.

The book argues that this "unfinished art"-precisely because of its historic weakness as a representative institution in Mexico and Brazil, where the bourgeois stage had not (yet) coalesced-was at the forefront of struggles to redefine the relationship between art and social change. Drawing on extensive archival research, Sarah J. Townsend reveals the importance of projects and texts that belie the rhetoric of rupture and immediacy associated with the avant-garde: ethnographic operas with ties to the recording industry, populist puppet plays, children's radio programs about the wonders of technology, a philosophical drama about the birth of a new race, and an antifascist spectacle written for (but never performed at) a theater shut down by the police.

Ultimately, the book makes the case that the very category of avant-garde art is bound up in the experience of dependency, delay, and the uneven development of capitalism. 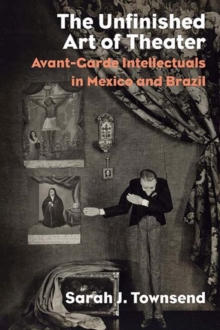 The Unfinished Art of Theater