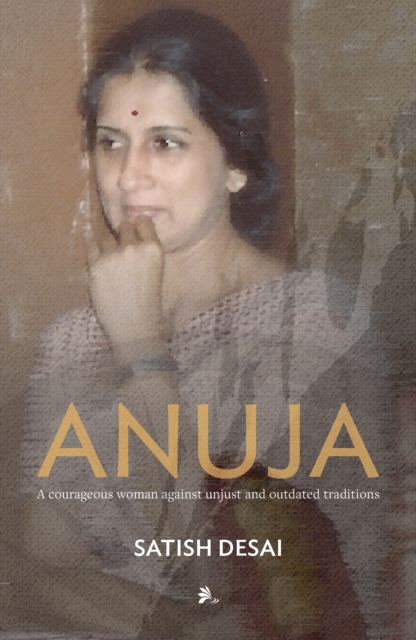 This is not just a story of an independent-minded Indian woman called Anuja.

The story comprises composite characters, including the first person, made up with combination of lives of some remarkable persons that the author has met during so many years.

He has used these characters to make composite ones and illustrated the theme, that is, the influence of changing circumstances with changing times on an Indian woman's life, which may not necessarily represent a typical or generalized specimen. Over the centuries, the Indian society has cast a woman in a submissive and self-sacrificing role.

On the other hand, men have been accepted as the masters and providers and, perhaps, even if they are susceptible to impropriety, worthy of compassion, and always deserving attention and loyalty from the women.

Leading men with authority and writers of scriptures have made such a convenient division!

In the changing world, it seems unjust that the abilities and ambitions of women should be constrained in such old-fashioned ways. Anuja has considered it unacceptable that a woman should continue to dance on the stage of the world, to the tune dictated by the traditional expectations, in a society dominated by men.

It is regrettable that, to a certain extent, women of the present generation are responsible for their own sufferings, bowed under the burden of traditions.

Anuja for one has rebelled against the injustices and led her life with scant regard to the outdated traditions.