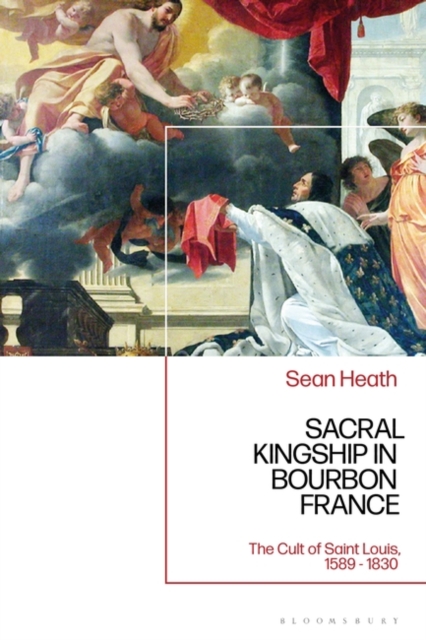 Historians of the ancien regime have long been interested in the relationship between religion and politics, and yet many issues remain contentious, including the question of sacral monarchy.

Scholars are divided over how - and, indeed, if - it actually operated.

With its nuanced analysis of the cult of Saint Louis, covering a vast swathe of French history from the Wars of Religion through the zenith of absolute monarchy under Louis XIV to the French Revolution and Restoration, Sacral Kingship in Bourbon France makes a major contribution to this debate and to our overall understanding of France in this fascinating period.

Saint Louis IX was the ancestor of the Bourbons and widely regarded as the epitome of good Christian kingship.

As such, his cult and memory held a significant place in the political, religious, and artistic culture of Bourbon France.

However, as this book reveals, likenesses to Saint Louis were not only employed by royal flatterers but also used by opponents of the monarchy to criticize reigning kings.

What, then, does Saint Louis' cult reveal about how monarchies fostered a culture of loyalty, and how did sacral monarchy interact with the dramatic religious, political and intellectual developments of this era?

From manuscripts to paintings to music, Sean Heath skilfully engages with a vast array of primary source material and modern debates on sacral kingship to provide an enlightening and comprehensive analysis of the role of Saint Louis in early modern France.