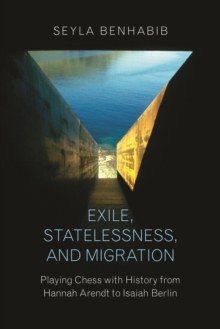 An examination of the intertwined lives and writings of a group of prominent twentieth-century Jewish thinkers who experienced exile and migrationExile, Statelessness, and Migration explores the intertwined lives, careers, and writings of a group of prominent Jewish intellectuals during the mid-twentieth century-in particular, Theodor Adorno, Hannah Arendt, Walter Benjamin, Isaiah Berlin, Albert Hirschman, and Judith Shklar, as well as Hans Kelsen, Emmanuel Levinas, Gershom Scholem, and Leo Strauss.

Informed by their Jewish identity and experiences of being outsiders, these thinkers produced one of the most brilliant and effervescent intellectual movements of modernity.

Political philosopher Seyla Benhabib's starting point is that these thinkers faced migration, statelessness, and exile because of their Jewish origins, even if they did not take positions on specifically Jewish issues personally.

The sense of belonging and not belonging, of being "eternally half-other," led them to confront essential questions: What does it mean for the individual to be an equal citizen and to wish to retain one's ethnic, cultural, and religious differences, or perhaps even to rid oneself of these differences altogether in modernity?

Benhabib isolates four themes in their works: dilemmas of belonging and difference; exile, political voice, and loyalty; legality and legitimacy; and pluralism and the problem of judgment. Surveying the work of influential intellectuals, Exile, Statelessness, and Migration recovers the valuable plurality of their Jewish voices and develops their universal insights in the face of the crises of this new century.

Also by Seyla Benhabib   |  View all 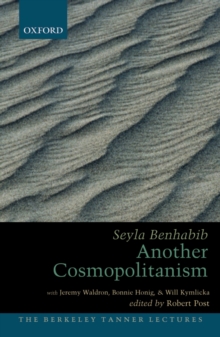 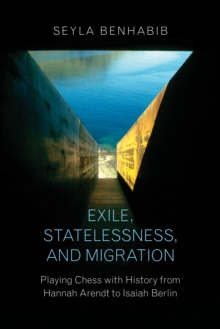 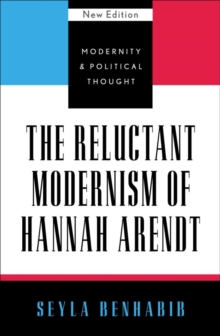 The Reluctant Modernism of Hannah Arendt 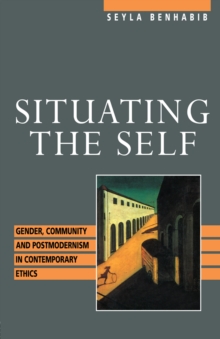