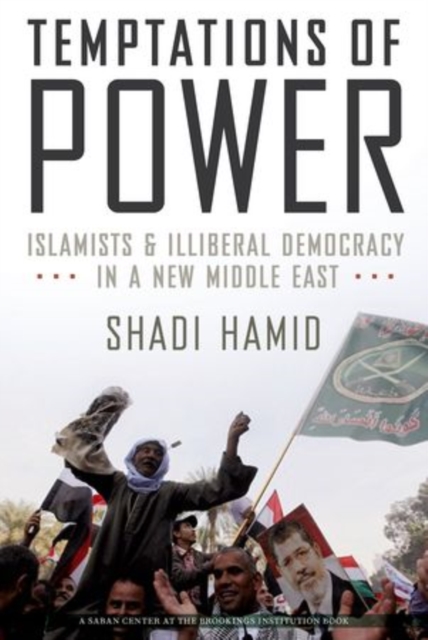 Temptations of Power : Islamists and Illiberal Democracy in a New Middle East Hardback

In 1989, Francis Fukuyama famously declared that we had reached "the end of history," and that liberal democracy would be the reigning ideology from now on.

But Fukuyama failed to reckon with the idea of illiberal democracy.

What if majorities, working through the democratic process, decide they would rather not accept gender equality and other human rights norms that Western democracies take for granted?

Nowhere have such considerations become more relevant than inthe Middle East, where the Arab uprisings of 2011 swept the Muslim Brotherhood and other Islamist parties into power.

Since then, one question has been on everyone's mind: what do Islamists really want?In Temptations of Power, noted Brookings scholar Shadi Hamid draws on hundreds of interviews with Islamist leaders and rank-and-file activists to offer an in-depth look at the past, present, and future of Islamist parties across the Arab world.

The oldest and most influential of these groups, the Muslim Brotherhood, initially dismissed democracy as a foreign import, but eventually chose to participate in Egyptian and Jordanian party politics in the 1980s.

These political openingsproved short-lived. As repression intensified, though, Islamist parties did not - as one may have expected - turn to radicalism.

Rather, they embraced the tenets of democratic life, putting aside their dreams of an Islamic state, striking alliances with secular parties, and reaching out to Western audiences forthe first time. When the 2011 revolutions took place, Islamists found themselves in an enviable position, but one they were unprepared for.

Up until then, the prospect of power had seemed too remote.

But, now, freed from repression and with the political arena wide open, they found themselves with an unprecedented opportunity to put their ideas into practice across the region.

Groups like the Brotherhood combine the features of political parties and religious movements.

However pragmatic they may be, theirultimate goal remains the Islamization of society and the state.

When the electorate they represent is conservative as well, they can push their own form of illiberal democracy while insisting they are carrying out the popular will.

This can lead to overreach and, at times, significant backlash, as thetragic events in Egypt following the military takeover demonstrated.

While the coup and the subsequent crackdown were a devastating blow for the Islamist "project," premature obituaries of political Islam, a running feature of commentary since the 1950s, usually turn out to be just that - premature.

In countries as diverse as Tunisia, Libya, Syria, Egypt, and Yemen, Islamist groups will remain an important force whether in the ranks of opposition or the halls of power.

Drawing from interviews with figures like ousted Egyptian president Mohammed Morsi, Hamid's account will serve as an essential compass for those trying to understand where the region's varied Islamist groups have come from, and where they might be headed.