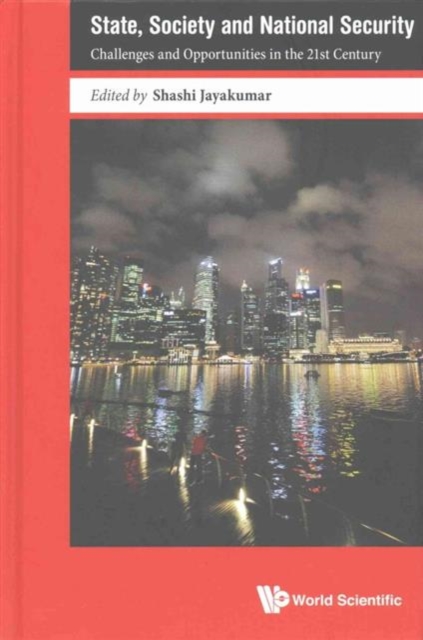 State, Society And National Security: Challenges And Opportunities In The 21st Century Hardback

Addressing the complexities of radicalisation, resilience, cyber, and homeland security, State, Society and National Security: Challenges and Opportunities in the 21st Century aims to shed light on what has changed in recent years security discourse, what has worked (as well as what has not), and what the potential further evolutions within each domain might be.The release of this book commemorates the 10th anniversary of the creation of the Centre of Excellence for National Security (CENS) - a policy-oriented security think tank within the S Rajaratnam School for International Studies, Nanyang Technological University, as well as the 10th edition of CENS' annual Asia-Pacific Programme for Senior National Security Officers (APPSNO), which has developed into a premier international security conference in Southeast Asia.Featuring contributions from practitioners, policy experts and academics closely linked to CENS, this volume is a reminder of the meaningful and impact-creating insights that 10 years' worth of thinking and talking about national security imperatives have generated.Contributors to this volume include Professor Sir David Omand, former director of the United Kingdom's Government Communication Headquarters (GCHQ), Steven R Corman, Professor in the Hugh Downs School of Human Communication, Marc Sageman, former operations officer at the United States Central Intelligence Agency, Ilan Mizrahi, former Head of Israel's National Security Council and John, Lord Alderdice, Liberal Democrat member of the House of Lords and Senior Research Fellow and Director of the Centre for the Resolution of Intractable Conflict at Harris Manchester College, Oxford.This book has been written in a manner that makes it accessible to policymakers, security practitioners and academics, as well as interested lay readers.