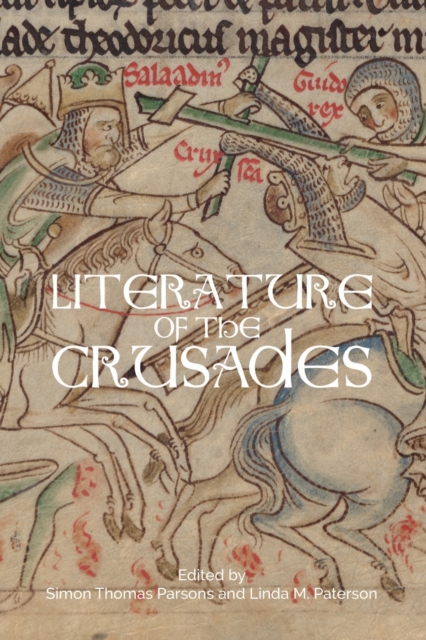 Literature of the Crusades Paperback / softback

The interrelation of so-called "literary" and "historical" sources of the crusades, and the fluidity of these categorisations, are the central concerns of the essays collected here.

They demonstrate what the study of literary texts can do for our historical understanding of the crusading movement, challenging earlier historiographical assumptions about well-known poems and songs, and introducing hitherto understudied manuscript sources which elucidate a rich contemporary compositional culture regarding the matter of crusade. The volume discusses a wide array of European textual responses to the medieval crusading movement, from the Plantagenet and Catalan courts to the Italy of Charles of Anjou, Cyprus, and the Holy Land.

Meanwhile, the topics considered include the connexions between poetry and history in the Latin First Crusade texts; the historical, codicological and literary background to Richard the Lionheart's famous song of captivity; crusade references in the troubadour Cerveri of Girona; literary culture surrounding Charles of Anjou's expeditions; the use of the Melusine legend to strengthen the Lusignans' claim to Cyprus; and the influence of aristocratic selection criteria in manuscript traditions of Old French crusade songs.

These diverse approaches are unified in their examination of crusading texts as cultural artefacts ripe for comparison across linguistic and thematic divides.