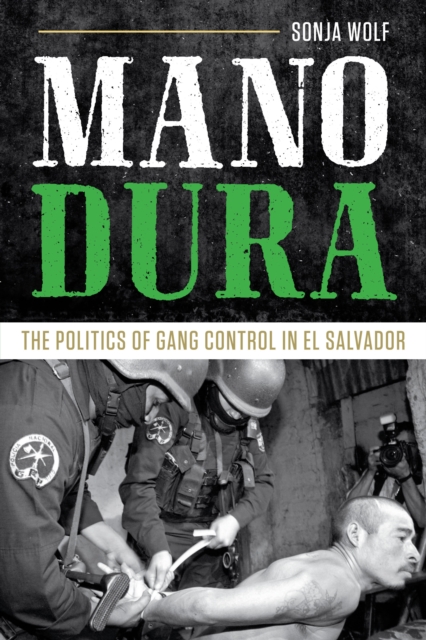 In 1992, at the end of a twelve-year civil war, El Salvador was poised for a transition to democracy.

Yet, after longstanding dominance by a small oligarchy that continually used violence to repress popular resistance, El Salvador's democracy has proven to be a fragile one, as social ills (poverty chief among them) have given rise to neighborhoods where gang activity now thrives.

Mano Dura examines the ways in which the ruling ARENA party used gang violence to solidify political power in the hands of the elite-culminating in draconian "iron fist" antigang policies that undermine human rights while ultimately doing little to address the roots of gang membership. Drawing on extensive ethnographic fieldwork and policy analysis, Mano Dura examines the activities of three nongovernmental organizations (NGOs) that have advocated for more nuanced policies to eradicate gangs and the societal issues that are both a cause and an effect of gang proliferation.

While other studies of street gangs have focused on relatively distant countries such as Colombia, Argentina, and Jamaica, Sonja Wolf's research takes us to a country closer to the United States, where forced deportation has brought with it US gang culture.

Charting the limited success of NGOs in influencing El Salvador's security policies, the book brings to light key contextual aspects-including myopic media coverage and the ironic populist support for ARENA, despite the party's protection of the elite at the expense of the greater society.