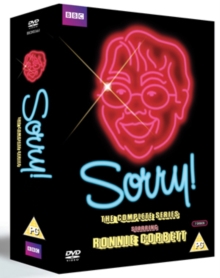 Timothy Lumsden (Corbett) is a 40-something librarian who still lives at home with his overbearing mother, Phyllis (Barbara Loot), and his meek father, Sydney (William Moore).

Much as Timothy may harbour dreams of meeting a nice girl and moving into a place of his own, his mother is a difficult woman to escape.

Series 1 episodes are: 'For Love Or Mummy', 'Buttons', 'The Godfather', 'Bachelor Seeks Anywhere', 'Does Your Mother Know You're Out?' and 'Curse of the Mummy'.

Series 2 episodes are: 'Cromer Or Bust', 'Perchance to Dream', 'Sons and Lovers', 'Great Expectations', 'The Next Best Man' and 'Could Do Better'.

Series 3 episodes are: 'The Rabbit and the Pussycat', 'You're Going Nowhere', 'Bottom of the Class', 'Spellbound', 'It Never Rained in Those Days' and 'The Big Sleep'.

Series 4 episodes are: 'My Huckleberry Friend', 'Move Over Mrs Lumsden', 'One of Our Naughty Bits Is Missing', 'Confessions of a Jobbing Gardener', 'A Little Something Set Aside' and 'Collapse of Small Party'.

Series 5 episodes are: 'The Primal Scene, So to Speak', 'Every Clown Wants to Play Hamlet', 'Bells for Uncle Barnstable', 'Natural Wastage', 'My Family and Other Monsters' and 'It's a Wonderful Life, Basically'.

Series 6 episodes are: 'A Chief Inspector Calls', 'Dream Time', 'Amaze Your Friends!', 'Gone, But Not Forgotten', 'Little Foxes' and 'Do You Take This Man - and His Mother?'.