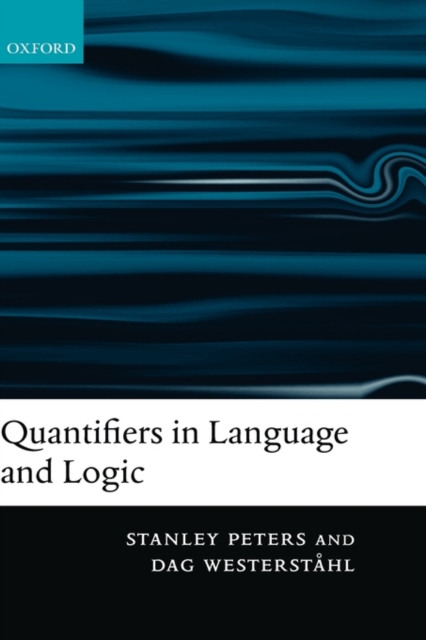 Quantifiers in Language and Logic Hardback

Quantification is a topic which brings together linguistics, logic, and philosophy.

Quantifiers are the essential tools with which, in language or logic, we refer to quantity of things or amount of stuff.

In English they include such expressions as no, some, all, both, and many.

Peters and Westerstahl present the definitive interdisciplinary exploration of how they work - their syntax, semantics, and inferential role. Quantifiers in Language and Logic is intended for everyone with a scholarly interest in the exact treatment of meaning.

It presents a broad view of the semantics and logic of quantifier expressions in natural languages and, to a slightly lesser extent, in logical languages.

The authors progress carefully from a fairly elementary level to considerable depth over the course of sixteen chapters; their book will be invaluable to a broad spectrum of readers, from those with a basicknowledge of linguistic semantics and of first-order logic to those with advanced knowledge of semantics, logic, philosophy of language, and knowledge representation in artificial intelligence.