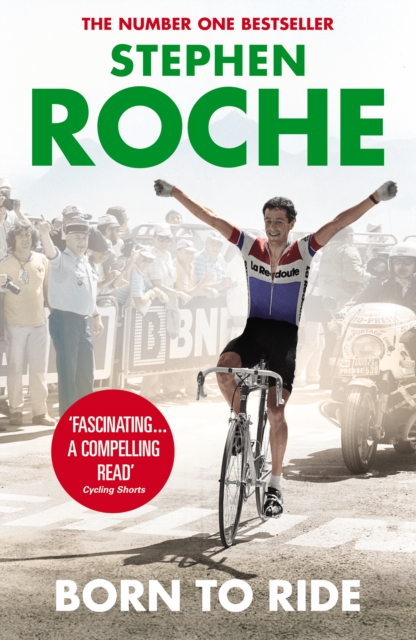 Born to Ride : The Autobiography of Stephen Roche Paperback / softback

In 1987, Irish cycling legend Stephen Roche had an extraordinary year - the year to end all years. June 1987: Winner of the Giro d'Italia July 1987: Secured the yellow jersey at the Tour De FranceSeptember 1987: Victory at the World Cycling Championships in AustriaBy winning the Giro d'Italia, Tour de France and world championships in the same season, Stephen Roche defied all odds to win cycling's 'triple crown'.Born to Ride, his first full autobiography, takes this extraordinary year as the starting point to explore the rest of his life.

He doesn't hold back as he examines the many ups and downs of his time on and off the bike, scrutinising victories, defeats, rivals, serious injury, doping allegations and agonising family breakdown.

Beneath the charm and rare natural talent, Roche finally reveals himself as a smiling assassin - a master strategist who lives to attack. 'One of the most riveting sporting biographies I've read' Herald