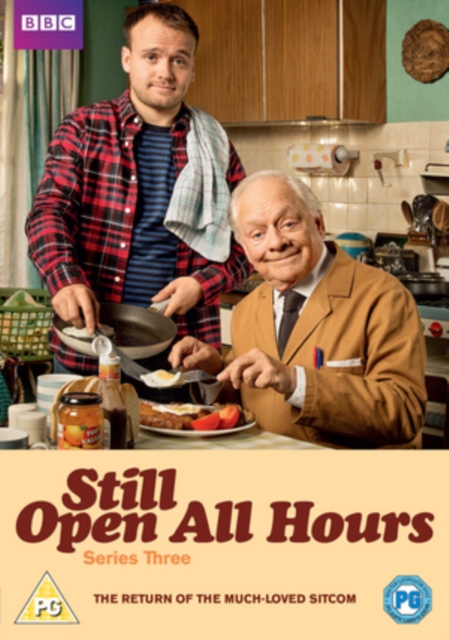 All seven episodes from the third series of the BBC comedy with David Jason reprising his role as Granville from the classic sitcom 'Open All Hours'.

After inheriting the family corner shop from his deceased uncle Arkwright, Granville (Jason) returns to run the business with his son Leroy (James Baxter).

The former shop assistant maintains his uncle's frugality as he craftily tries to shift stock to the local customers while also pondering expanding his existing enterprise.

Meanwhile, Granville persists in pursuing old love interest Mavis (Maggie Ollerenshaw) and deals with her unpleasant sister Madge (Brigit Forsyth) by trying to set her up with Gastric (Tim Healy).