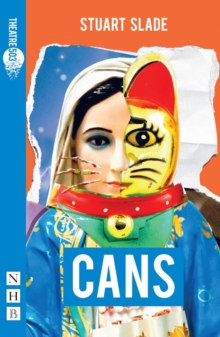 A searingly funny debut play about death, betrayal, and the possibility of forgiveness. And cider. Jen's dad was a chat-show host, a national treasure.

But now he's dead and Jen's getting spat at in supermarkets.

To make matters worse, Uncle Len has made it his mission to help her get over it.

Hiding from a very hostile world in a very shitty garage, Len and Jen down cider, drown mice, talk crap, mend cats, share painful secrets, tell appalling jokes, and try to work out whether either of them has any kind of future whatsoever. Cans premiered at Theatre503, London, in 2014.