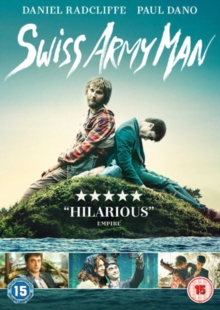 Paul Dano and Daniel Radcliffe star in this comedy adventure co-written and directed by Dan Kwan and Daniel Scheinert.

Stranded on a deserted island and on the brink of suicide, Hank (Dano) makes one last bid to escape after discovering a corpse named Manny (Radcliffe) on the beach.

After forming a surreal friendship with Manny, Hank is shocked to discover he can talk and possesses strange supernatural powers which he can use to find his way back to civilisation and reunite with his lost love Sarah (Mary Elizabeth Winstead).