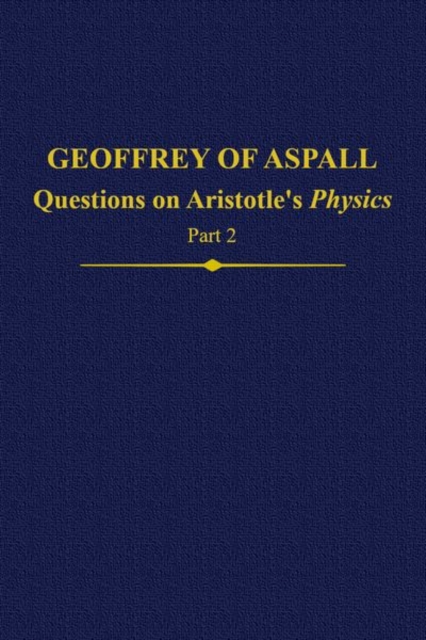 He wrote commentaries on several Aristotelian works, and was certainly a major protagonist of the introduction of Aristotelian learning to Oxford.

In particular, he produced a very extensive question-style commentary on Aristotle's Physics, which contains important discussions of the fundamental topics of Aristotle's natural philosophy, likematter, form, natural agency, causes, change, the infinite and the continuum, time, the eternity of the world, self-movers.

Aspall's Physics commentary shows the influence of Grosseteste's metaphysics of light and of Roger Bacon's view on the physical role of intentional species, as well as a strong inclinationto ontological realism. Aspall's commentary on Aristotle's Physics is edited here in two volumes, which together form the first critical edition of this work.

The Latin text is accompanied by a facing English translation, and the text is extensively cross-referenced and provided with scholarly apparatus.

The detailed introduction guides the reader through the intricacies of the textual transmission of Aspall's commentary, and also presents the main topics discussed in this commentary.

The appendix to theedition makes available alternative versions of some sections of Aspall's commentary. 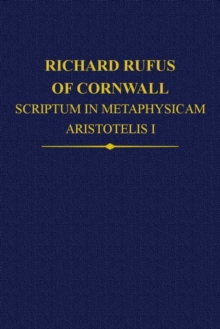 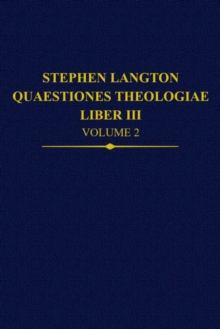 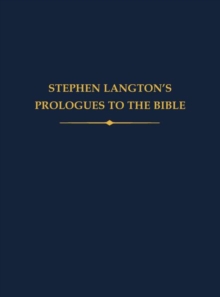 Stephen Langton's Prologues to the Bible